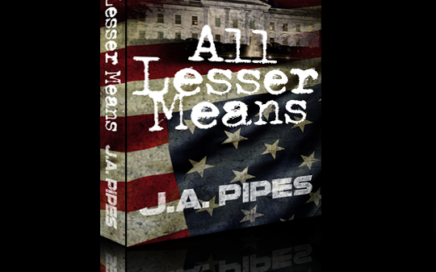 The Right To Revolution

If Thomas Jefferson had used Powerpoint, the first slide of the Declaration of Independence might have looked like this: Self-evident truths: * all men are created equal * they are endowed by their Creator with certain unalienable Rights * among these are Life, Liberty and the pursuit of Happiness * to secure these rights, Governments […]

Today’s story on CNN about protests in Egypt describes them as “an unprecedented display of anti-government rage.” It further ascribes the rage to similar anti-government tumult in nearby Tunisia. I would also offer the influence of last week’s referendum in neighboring Sudan, which had roughly 99% of southern residents of that nation demanding independence from […]

It’s a good time to be an anarchist. It is encouraging to hear that eighty-six percent of people think the government is broken, even if they are misguided about exactly how and why. You see, saying our system of government is broken is like saying the internal combustion engine is broken. Sure it produces all […]

[This is the third article in a series.] The timing of the Supreme Court’s decision this week is fortuitous, because it serves to underscore the crucial point of Phase III, and that is that keeping and bearing arms is in individual right because personal safety is an individual responsibility. A person’s unalienable right to self-defense […]

[This is the second article in a series.] Public property is a paradox. How can something be owned simultaneously by everyone and no one? In order to avoid this logical inconsistency, as well as the Tragedy of the Commons, and the staggering costs of the endless bureaucracies needed to administer it, public property must be […]

[This is the first article in a series.] A bloodless revolution is not without pain. Any time you take something away that people have grown accustomed to they will suffer as a result. Just how much will be determined by each individual’s ability to adapt to change. But, assuming that a revolution can be achieved […]

In 1776, one of the self-evident truths that Thomas Jefferson included in the unanimous Declaration was “That whenever any Form of Government becomes destructive of these ends, it is the Right of the People to alter or to abolish it, and to institute new Government, laying its foundation on such principles and organizing its powers […]